In 2019, I’ll be working on a new, additional, project. Every day, I’ll be sharing a story that appeared in the pages of Le Messager (the French paper published in Lewiston) 125 years ago. Day by day, the Tweets in the original French, with English translations, will build a picture of Franco-American life in the Gilded Age. 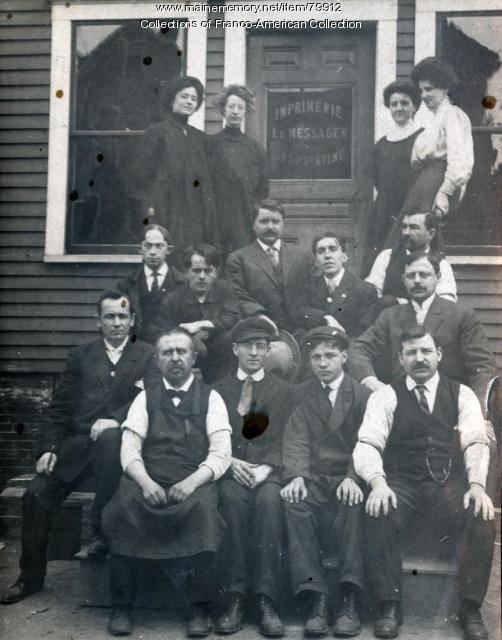 Le Messager was founded in 1880. It provided Lewiston’s growing Franco American community with a news source that reflected their interests and perspective. At the time, the English language press often overlooked the Franco community in its news coverage, and at its most basic, Le Messsager shared information on community events, social happenings, births, deaths and marriages. The paper also kept the immigrants informed about their new home, including happenings in state politics, as well as passing along information about Canadian and wider New England events. Le Messager published continuously until 1966, making it the longest running French language newspaper in the United States.

In its review of the year just gone, Le Messager said that while 1893 “was not as prosperous as usual in this state.” Nationally, the economy had sunk into a depression that was ultimately to last through 1897. Unemployment reached 10%. Le Messager noted that even while Maine was “not as badly affected by the crisis as other states,” the year had seen “temporary closures of many factories” and labor disputes among show workers in Auburn and textile workers in Waterville and Biddeford, as well as elsewhere. Other news in 1893 had been gloomy as well – notable storms on the 4th of July and 24th August had caused damage to property and the latter had dented the state’s apple crop. In “A bad year for shipping,” an unusually large number of vessels had been wrecked, causing loss of life and property. At least 21 people had been killed in train crashes that year.

(And don’t worry – blogs will still appear in this space as well!)