Today in Maine’s Franco History is a look back at important dates in the history of Maine’s Franco-American communities. It will run throughout 2020, the bicentennial year of Maine’s statehood. Your suggestions for additional events, people, and institutions to celebrate are most welcome.

January 8, 1883: Opening of the Dominican Block (Bloc Dominicain) in Lewiston. The Dominican Block, at the corner of Lincoln and Chestnut Streets, sits at the heart of Lewiston’s Little Canada neighborhood. The building was built by the Domincan Fathers of Lewiston, who arrived in the city in 1881 to take charge of the French-Canadian parish of Saints Peter and Paul.

The Dominican Block was sometimes referred to as the “French Canadian City Hall.” It included meeting space, a school, and retail stores at street level. In its more than a century of existence, the Dominican Block has hosted numerous Franco-American groups and societies. 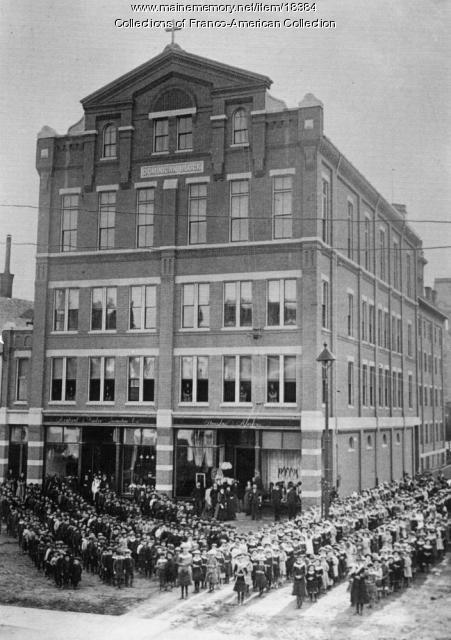